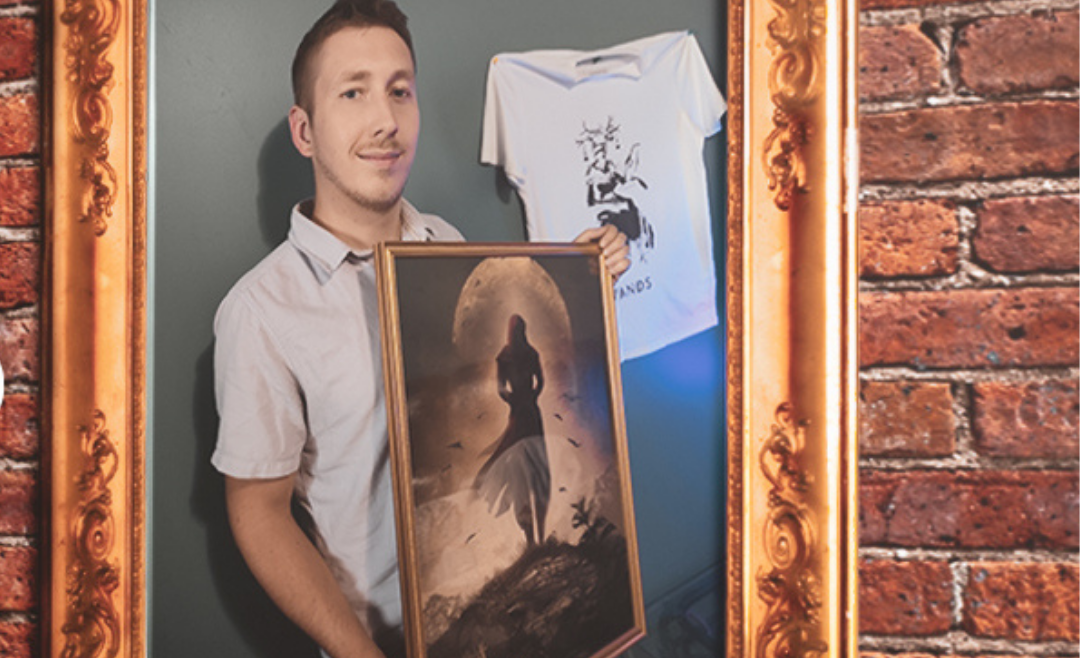 Get the best tips and tricks from our greatest Wands Champion, Micaël Audet.

At the beginning of this season, we shared the history and usage of 5 of our spells, including the Devil’s Split. Getting closer to the end of this season, we wanted to share tips and tricks on how to battle. What better way to get these insights from our Wands Champion in many Wands events, Micaël Audet.

Micaël Audet is from the province of Quebec in Canada and has been playing Wands since 2019. Despite being a Wands Champion, he is also a full-time paramedic and real estate investor.

Want to learn how to use wands and successfully battle in magic duels? Read Micael’s interview below!

How long have you been playing Wands?

What was your first impression when you played Wands?

My first impression of the game was how great the community is. I realized that there are tons of stuff to learn and good thing I made friends on the first day I played and had a lot of people showing me how the game and the spells work. I’ve played several games in VR and Wands community is definitely THE BEST.

What are your favourite spells and character?

My favorite character is definitely the Assassin. I like how calm he looks on the picture frame and the color of his clothes is perfect for camouflage in Ortus Station and Sanctum of Sahir. I do not have a favorite spell since I like to play and getting better with all of them. Most of the spells I hated in the past, now I love them because I’ve learned how to master them. If there is one spell that I think must be the hardest to master and my favorite because of the amount of discipline and skills it takes to use: it would be Blood bolts.

What do you like the most about the game?

What I like the most about Wands is that it is a game of millions of possibilities that requires a lot of strategic thinking in a very short time. You have to analyze and react so quickly that it becomes almost a super instinct. It’s the only game I’ve ever played in VR that made my heartbeat as fast with an incredible rush of adrenaline.

You have been the champion for so many events, would you like to share some tricks and tips for our players?

First Tip I would give anyone is … Watch my youtube videos 🙂 I’ve put so much knowledge there for anyone to become a Champion! But here are some quick tips I can give you :
1. Avoid getting hit
2. Always make sure you have more Mana than your opponent
3. Learn how to grab the pickups while dodging projectiles or while shielding.
4. And my #1 advice is: USE the snap turn button to make quick 180 degree turns. This will increase your speed in the game because you can teleport and turn at the same time so when you land on the tile you are already facing in the direction you want to face without moving your feet.

Here is one of my favorite videos I’ve made because of the slow-motion and the explanations I give that helps new players to understand how deep the game can be. The cool thing is the last part of the video when I replay the match without the slow-motion and then you realize how fast the game really is.
https://youtu.be/ZC7lzf57FK

Here is a Portrait of the Assassin I received after winning Season 20.

Are you ready? Equip your wand with a wide variety of spells and battle other wielders for fame, power and glory in the realms of The Beyond. See you there! 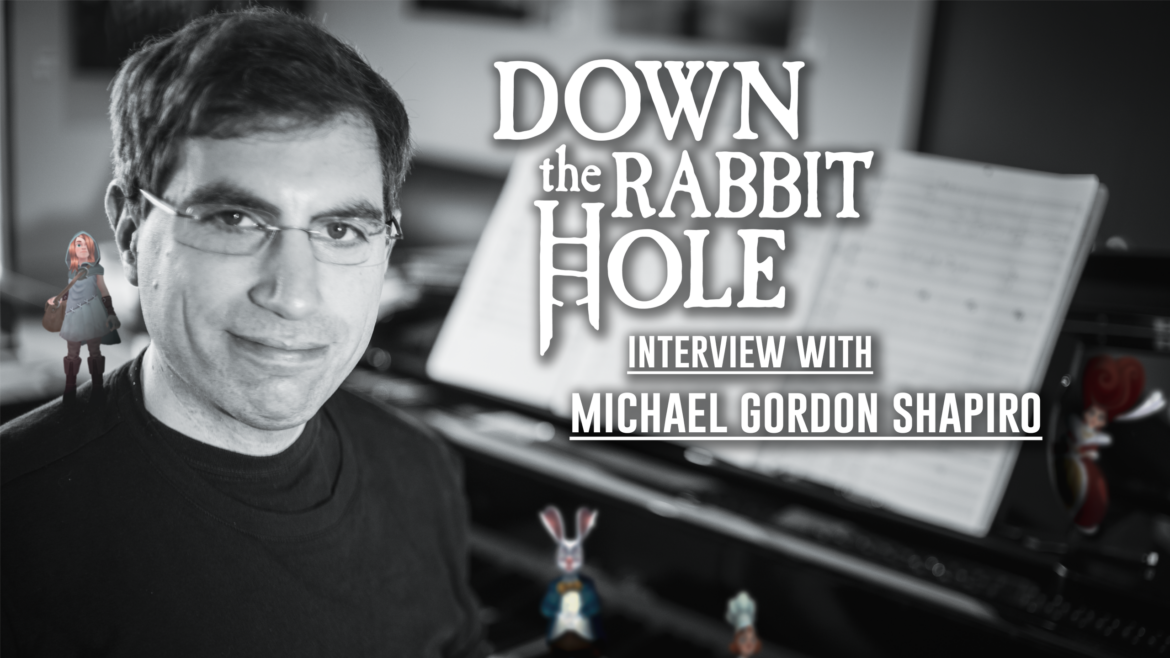 “The VR paradigm of this game is really unique and interesting.”

If you always wondered who Michael’s favourite character is, or what his first thought of the game was, this interview is for you!

We had the chance to talk to Michael Gordon Shapiro, Down the Rabbit Hole’s music composer, about some fun questions. Check out this video and hear what Michael thinks of Down the Rabbit Hole, the characters and what difficulties he had composing the game’s music!

The 24th season is live, waiting for you to show your best spell combinations. Speaking of spells, in July, we’ll have a weekly spell series article, providing you with valuable tips on using and combining the spells. They might be helpful for you to prepare for this season.

The 24th season starts on the 15th of July and will end on the 1st of September. Prepare, duel, and become the Season Champion!

Check out the previous season winners on our wiki!

Erik brings us a fresh perspective and new ideas in art. He likes to hang out with his family and play any Star Wars related games. 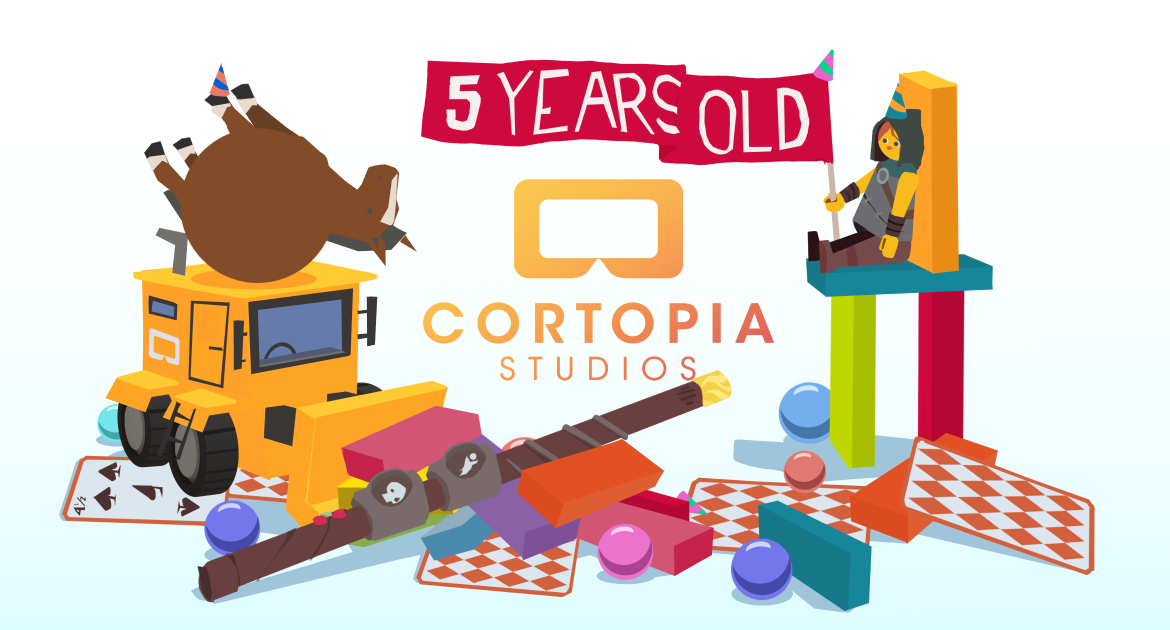 We at Cortopia Studios, the award-winning VR game Wands developer, are celebrating five years of success and driving innovation in the VR games market.

“Today marks five years of pushing the boundaries of VR entertainment for Cortopia,” said Ricky Helgesson, our CEO and co-founder of Beyond Frames and Head of Studio at Cortopia Studios. “Gaming and entertainment continue to drive the growth of virtual reality, and our award-winning mobile VR game, Wands, was just the beginning for us. We are very excited about what’s next for our studio and the industry as a whole.”

Under parent company Beyond Frames, Cortopia Studios has fully dedicated itself to AR and VR gaming and has been since its inception.

In addition to exciting new game announcements in the near future, we continue to push the technical aspect of our top-rated game, Down the Rabbit Hole, into a stunning 120Hz, one of only a handful of VR games to do so and allowing for an unparalleled level of immersion.

To celebrate our 5th anniversary we wanted to share with you some fun facts about us. We hope you like them as we do!

The celebration continues! We will celebrate across our social media platforms on Twitter, Facebook, and Instagram a Giveaway with prizes of custom collective t-shirts and stickers. 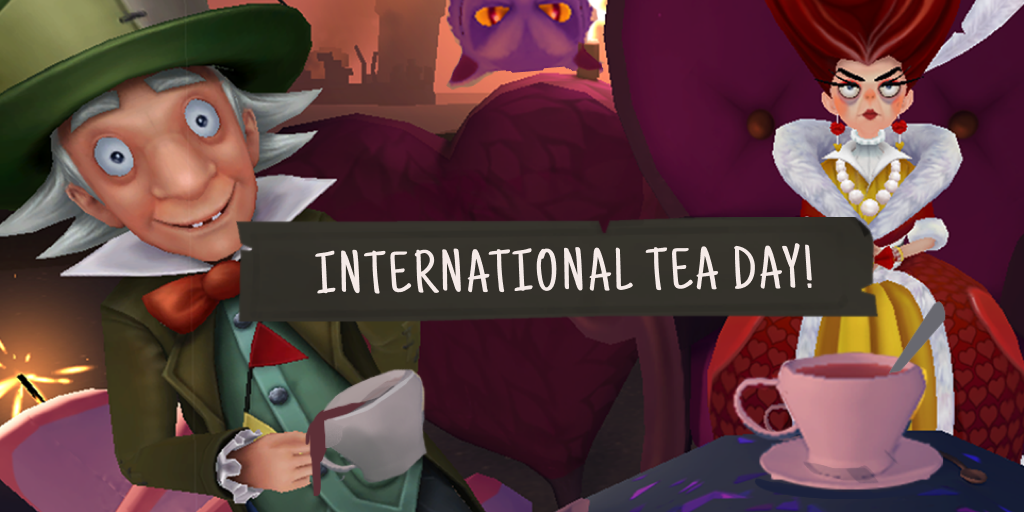 Did you know that the tea party has some social significance? In the Victorian Age (Alice in Wonderland was written in this time), tea parties were commonplace, particularly for the higher classes, allowing them to flaunt their cultural and intellectual highness. They were also good occasions for discussing agreements or finding out the most urgent news from around the world – or other neighbourhoods.

In Alice’s story in Wonderland, the tea party is different. It is complete chaos without rules and without any kind of cultural or social pressure. This chaotic tea party is called The Mad Hatter’s Tea Party. All the characters present at the party can and do act just as they want

We hope you had time to work on your strategies and spell combinations to prepare for this new season and climb to the top of the leaderboard! The new 23rd season started on the 15th of May and will last until the 1st of July.

And don’t miss out on our events to collect more valuable items and relic dust to defeat your opponents.

Arm yourselves with the best spells and wands and we’ll see you in The Beyond!

We are happy to announce that we have two new members on our team. Please, meet Anton and Petter!

Anton will join our team on the 24th of May, congratulations on his new position! His favourite VR game is Walkabout Mini Golf, and in his spare time, he loves to cook and play the piano

Peter, joined our team on the 18th of January. His favourite VR games are Half-life Alyx and Gorilla Tag, and in his spare time, Petter plays competitive games, does sim racing, live-streaming and F1. 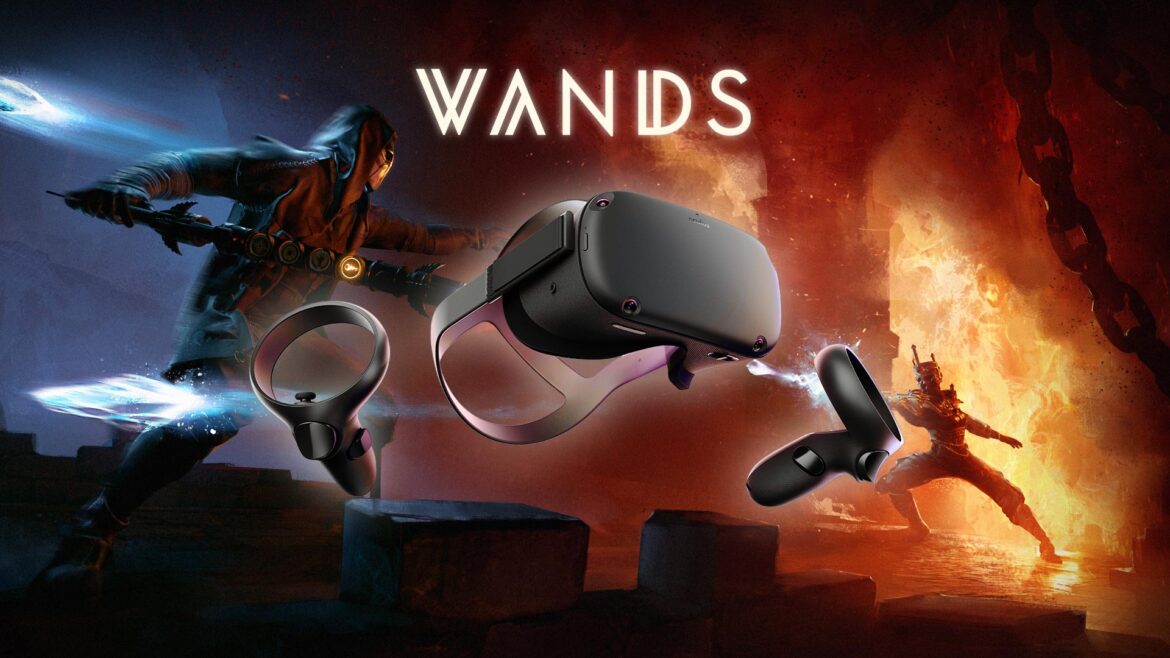 At long last, something a lot of people have been waiting for: Wands comes to Oculus Quest!

Dodge spells with 6DOF tracking and never again worry about getting tangled up in your cables.

Wands on Oculus Quest includes an AI opponent that gets better as your own skills improve. 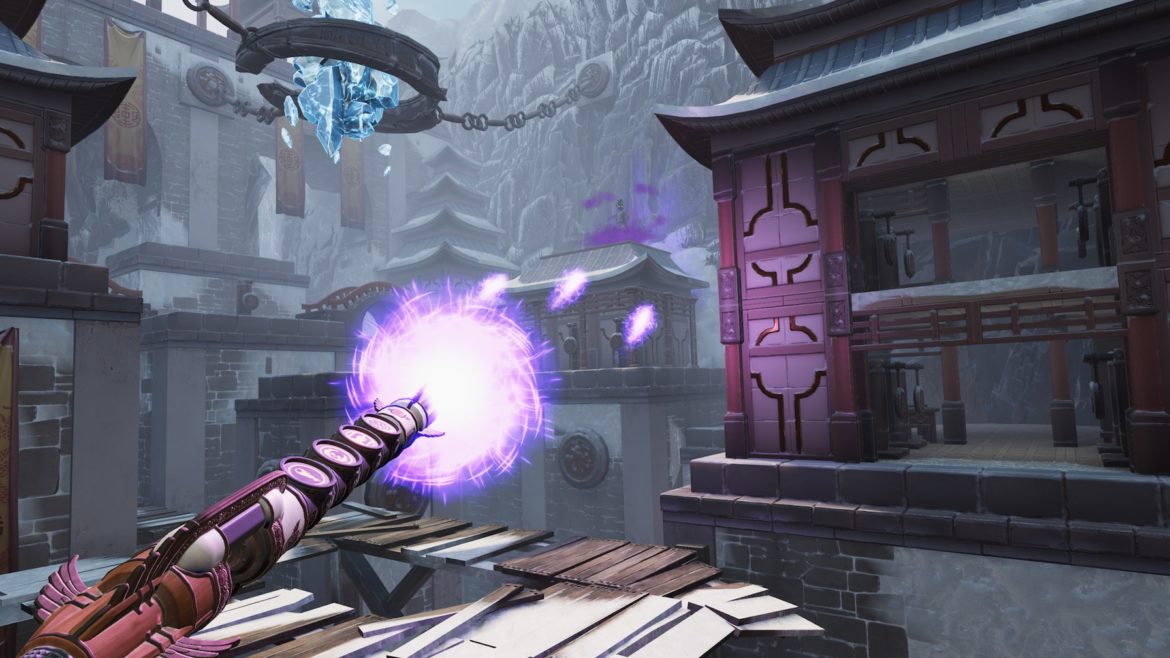 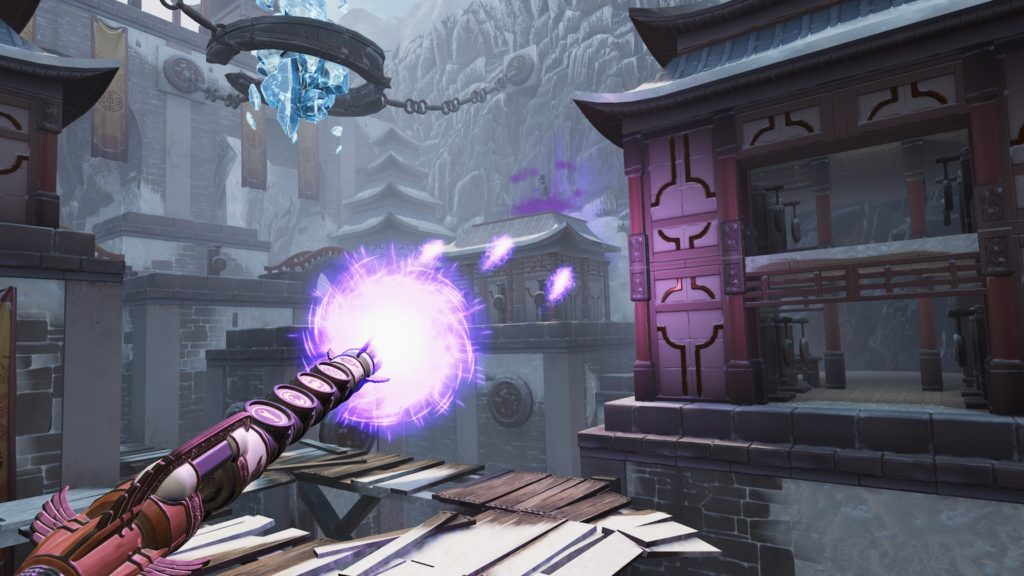 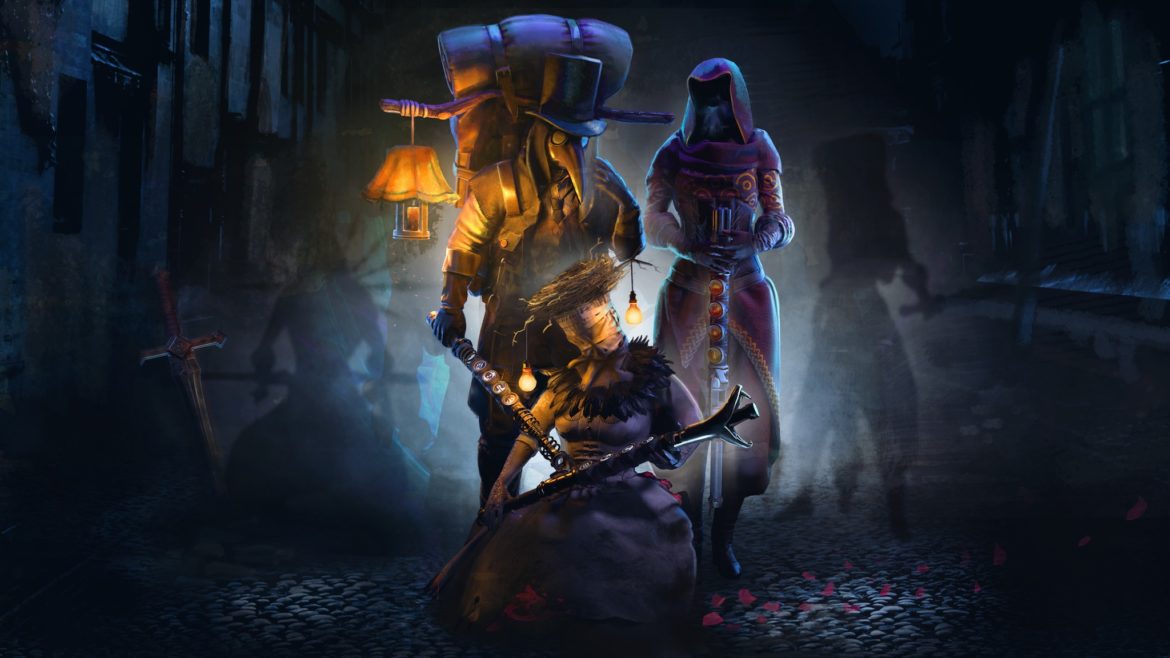 Check out our beautiful trailer of our upcoming update 1.4 – Sanctum of Sahir below. 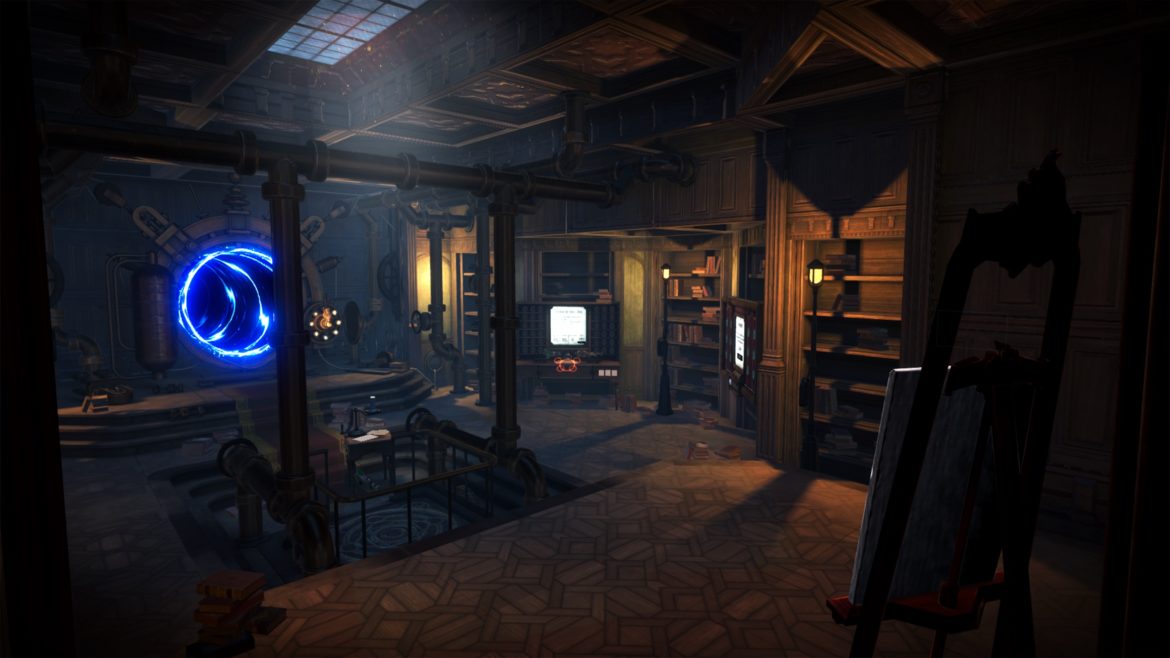 Our engineers, construction workers and wizards have been hard at work creating a brand new workshop.

We’ve basically rebuilt the whole thing from the ground up, making it more spacious, streamlining the functionality of the various stations, and adding a bunch of other improvements.

The new workshop is part of our 1.4 update which will be out this month. 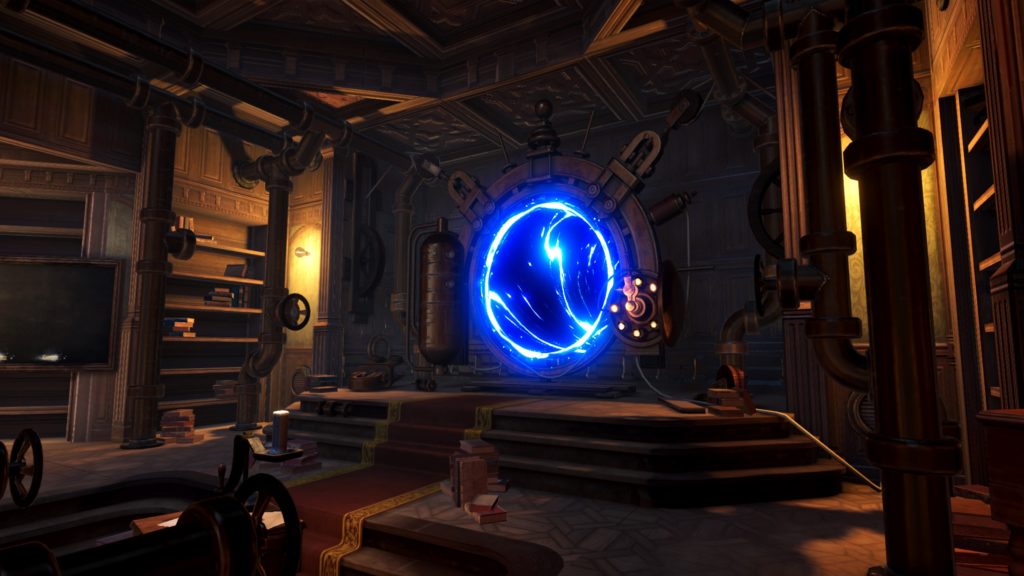 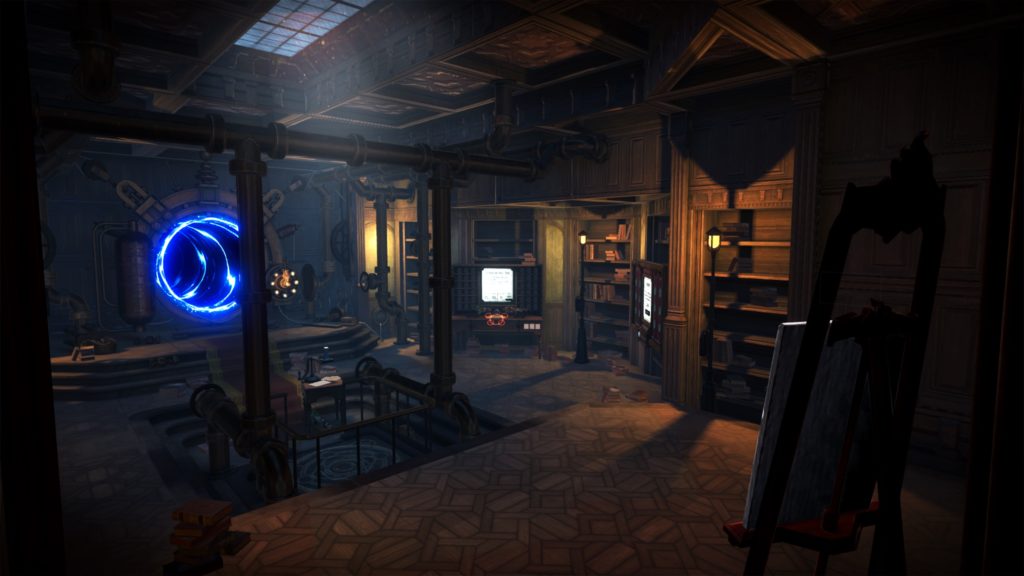 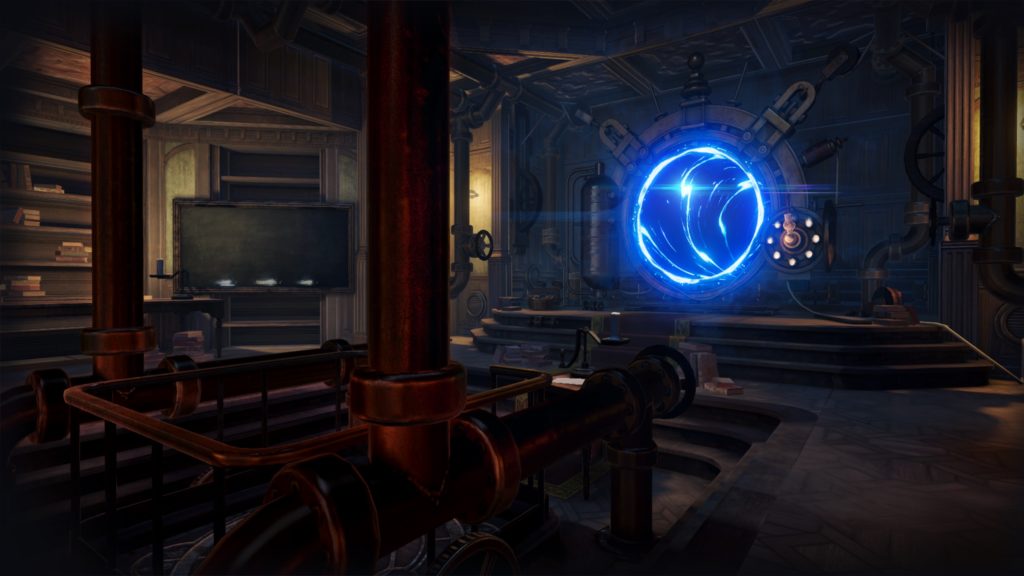 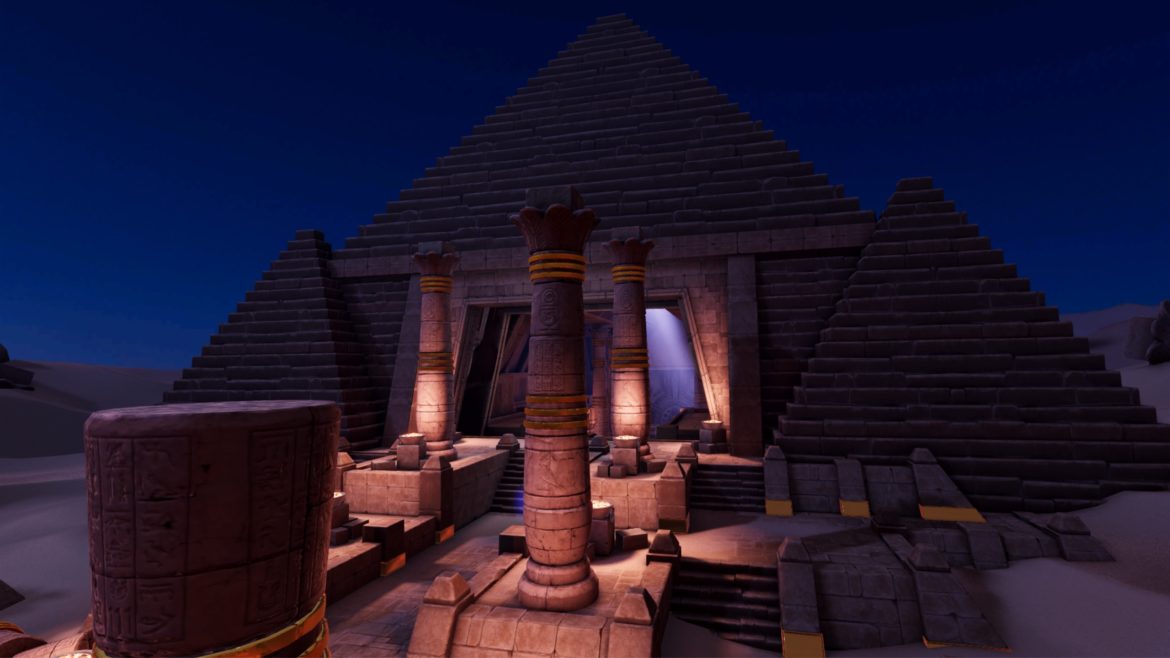 New Arena: The Sanctum of Sahir

A new arena has been discovered in the Beyond!

This map features 3 separate sections that the duel will progress through as a sandstorm and deadly poison sweep across the map.

The battle begins outside a grand temple and ends within the burial chamber of a long forgotten king.

The Sanctum of Sahir is part of our 1.4 update which will be out this month. 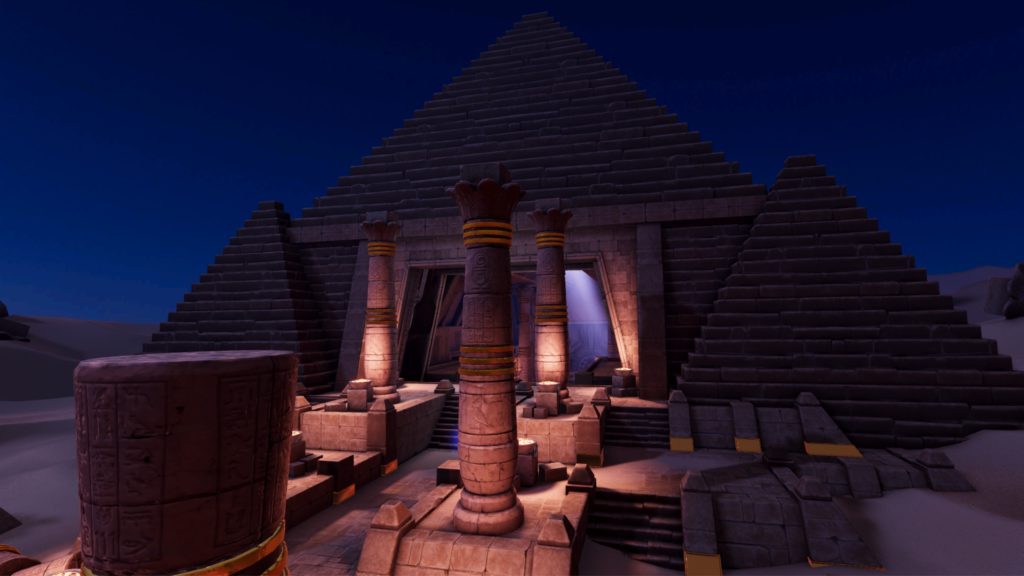 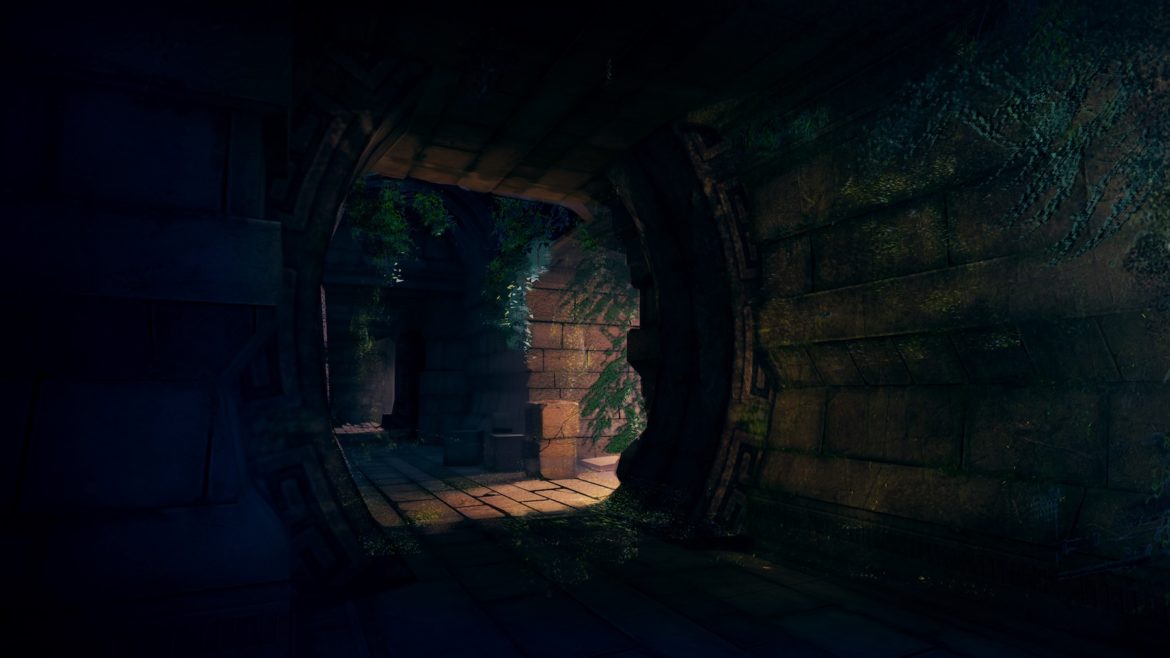 My name is Ryan Bednar and I recently joined the team at Cortopia as the Creative Director of the studio.

Now that I’ve had a chance to settle in, I wanted to share our roadmap for the next couple of Wands updates so that you can know what to look forward to!

But first, let’s start with some context.

We know that Wands is a great game with an exceptionally loyal and passionate player base. We see them every day on our Discord, around the internet, and in the game.

That said, we acknowledge that Wands has some room for improvement. Once players understand how to play the game, they often comment on the the game’s unique depth of gameplay – specifically for VR. But the learning curve is steep, and we currently drop you into the deep end pretty early on.

So our plan is the tackle these issues in two parts.

The first is Patch 1.4.0 which will involve us rebuilding the workshop, and all of its functionality, from the ground up; as well as adding a tutorial sequence to introduce new players to the very basics of the game.

The second, Patch 1.4.1, will cover everything else. Improvements to our control schemes, tighter gameplay feedback, and more ways to play the game will all be areas of focus for us.

I hope that you’re as excited for these changes as we are – and we look forward to continuing to make Wands the best game it can be!