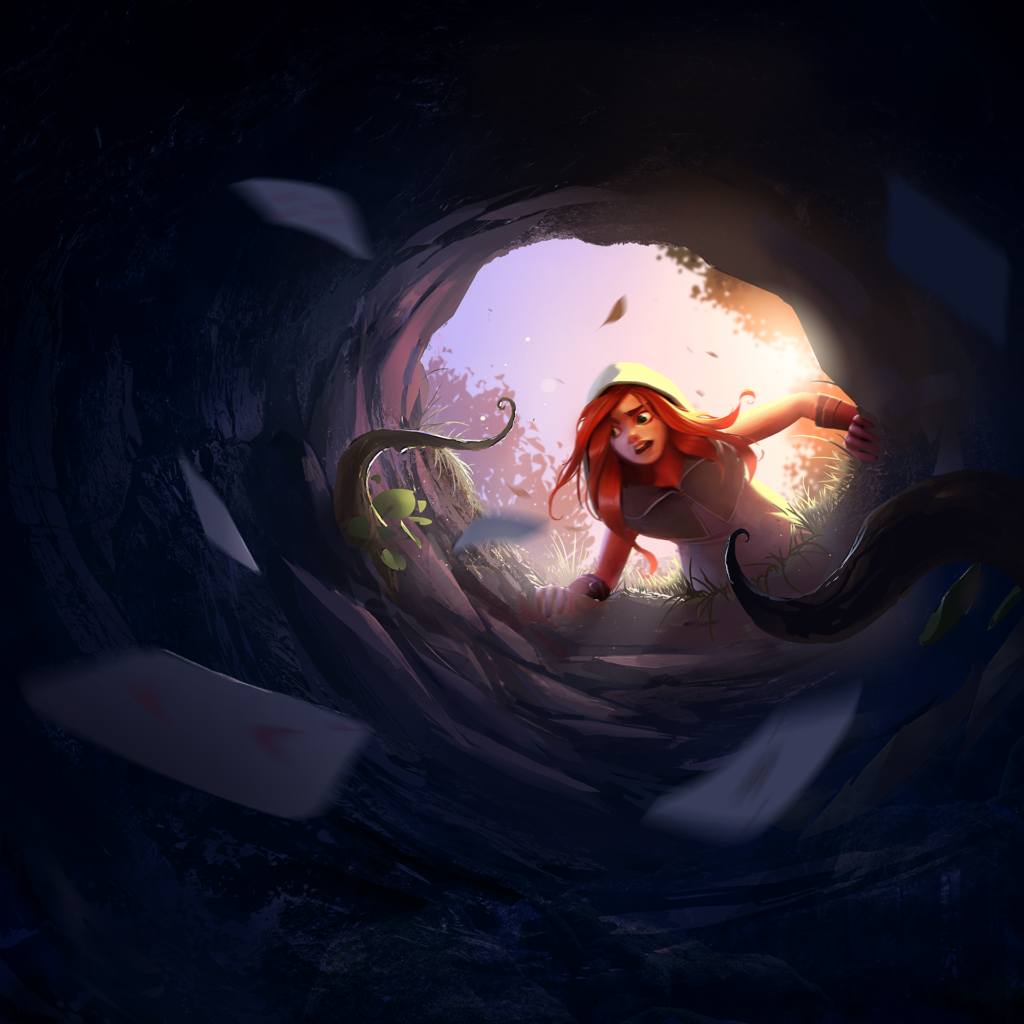 Stockholm – February 13, 2020 – Is there truth to the Cheshire Cat’s “we’re all mad here” declaration? VR fans will soon find out.  Award-winning virtual reality (VR) game developer, Cortopia Studios, today announced that Down the Rabbit Hole, its upcoming VR title which serves as a prequel to Lewis Carroll’s classic Alice in Wonderland tale, will launch on March 26. Coming to Oculus Quest, Oculus Rift, PlayStation®VR and Steam VR platforms, for $19.99 USD, the VR adventure game lets players imagine what happens before Alice makes her fateful trip to Wonderland.

Journey Down the Rabbit Hole in new preview trailer:

“We’re excited to share that Down the Rabbit Hole, our long-anticipated, new VR game, will be available to play starting March 26,” says Ola Björling, chief strategist at Beyond Frames Entertainment, publisher of Down the Rabbit Hole. “For those who are curiouser, our team at Cortopia have been taking all the impossible things — from playtests to design updates to mad tea parties to bring this new adventure to life.”

Björling added, “We are all very excited for players to experience our interpretation of the magical and mythical world that Carroll created and look forward to delighting players with many surprise encounters, challenging puzzles and hidden secrets as they explore our miniature Wonderland diorama. It’s truly a Wonderland experience, and we cannot wait to share our creation with gamers and see their reactions when the game launches in March.”

About Down the Rabbit Hole

Down the Rabbit Hole is an amazing VR adventure that serves as a prequel story to Lewis Carroll’s classic Alice in Wonderland tale. In the game, the player discovers a girl in search of her lost pet Patches that has wandered into Wonderland. Players must guide her as she moves through the mysterious world looking for her missing pet. But which way? Players control her fate by plotting her journey through an immersive diorama that wraps around them. Through the game’s many twists and turns, players will find themselves exploring the wondrous corners of Wonderland, solving puzzles, uncovering secrets and making choices, for the girl and other characters, along the way.

For the latest news updates on Down the Rabbit Hole, and to download assets, including key art and screenshots, visit https://downtherabbitholegame.com/.

Down the Rabbit Hole is the second VR title from the studio. Cortopia’s initial release, WANDS, is a top selling VR game available on the Oculus Quest, Oculus Rift, Oculus Go, PlayStation®VR and Steam.

Cortopia Studios is an award-winning independent publisher, designer and producer of VR and AR games. The studio’s highly-anticipated second title, Down the Rabbit Hole, which is being created by the original team behind

its top-selling VR game WANDS, arrives in March 2020. Based in Stockholm, Sweden, Cortopia Studios is part of the Beyond Frames Entertainment group. https://www.cortopia.com/

All copyrights, trademarks, logos and brands are property of their respective owners.